I Am Potential – Daisy Neely 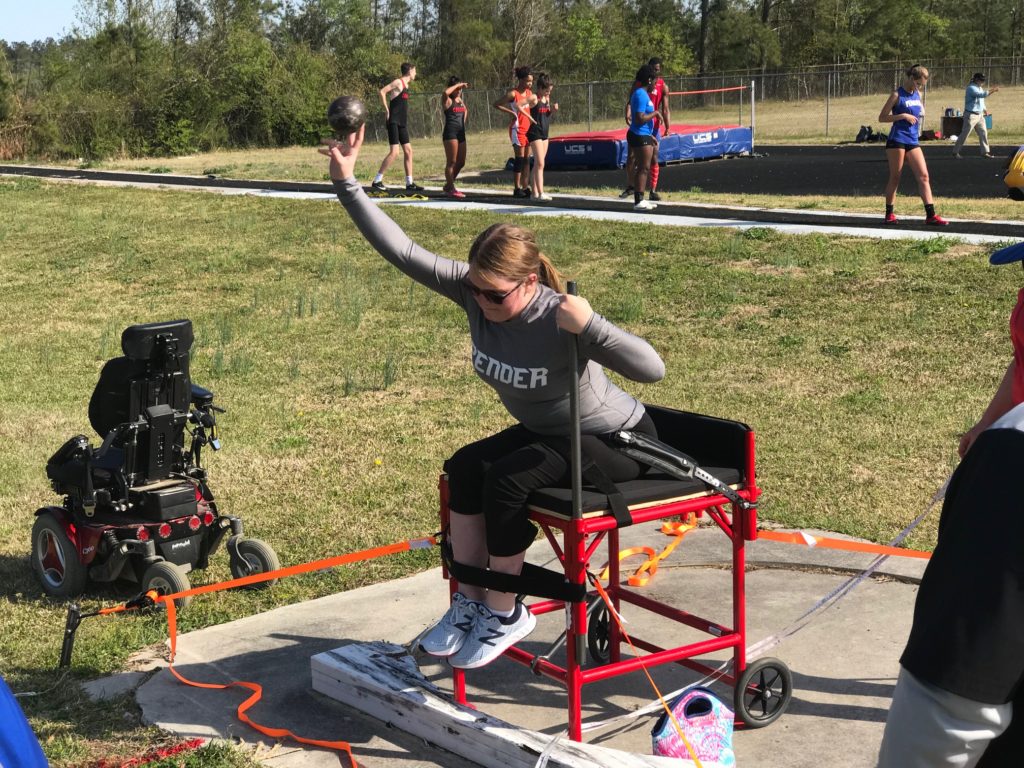 Life does not always follow the course we envision.  Sometimes there are unexpected twists that turn things upside down for the moment.  To a young teenager who is just beginning to carve a path, any interruption to the fun and carefree nature of childhood can be devastating to both the young person and their family.

This is the story of Daisy Neely who unexpectedly found herself confined to a wheel chair following a devastating accident.  She could have lost all hope and given up on all life has for her.  But Daisy did not let her circumstances determine her outcome.  She decided that God still had a purpose for her life and stepped out in faith.

Daisy, 14, is a freshman at Pender High School in Burgaw, North Carolina just west of Wilmington.  And here is where her story takes what might seem to be an unusual turn.  She decided to join the Patriot track team competing in both the shot put and discus events.  Recently in the Class 1A/2A Indoor State Wheelchair Shot Put event she set a state record by putting the shot 7’3” and winning the championship.  In addition, she has since set a personal record in outdoor shot put at 9’6.5” and a discus throw of 18’2”.  And to top it off, she has begun training to compete in the 100 meter event and currently has a personal best of 47.6 seconds – only four seconds from qualifying for regionals in her third event! 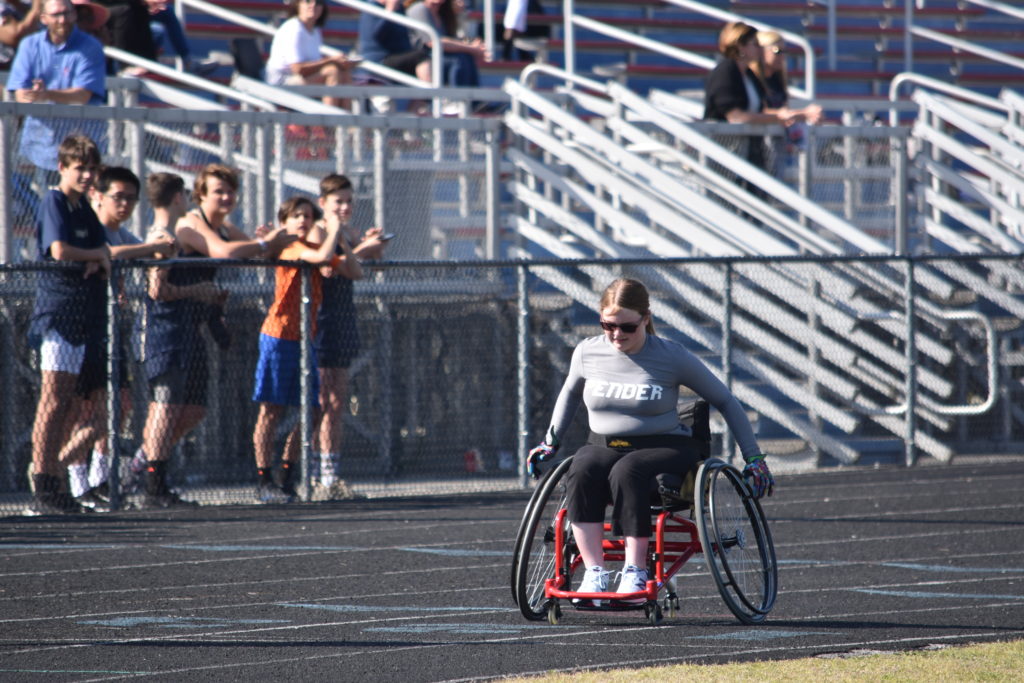 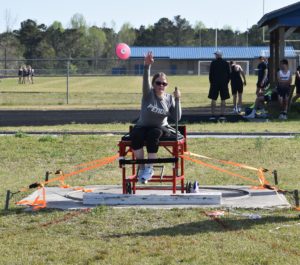 Such commitment to life changing goals does not go unnoticed.  ACCESS of Wilmington, whose mission is to develop recreational programs and partnerships to facilitate inclusive activities for children, adults, and veterans living with disabilities, became aware of Daisy’s amazing drive to succeed through Pender Memorial Hospital, a partner with New Hanover Regional Medical Center.  As a result, NHRMC purchased a custom Throwing Chair to help Daisy compete in shot put and discus.  ACCESS will maintain the chair after Daisy graduates so other para-athletes in the area can use it to compete at the high school level.

After ACCESS shared Daisy’s story with representatives of House of Raeford Farms FLOCK, the non-profit arm of poultry integrator House of Raeford Farms, it was decided to help Daisy move to a new level in her dream.  The two organizations came together at the Carolinas Classic All-Star Basketball Games on March 23, 2019 in Wilmington, sponsored by FLOCK, to honor Daisy with a special gift.  Surrounded by her Pender High teammates, she received an all-expenses paid trip to the U. S. Olympic Training Site at East Tennessee State University.  She will receive two days of one-on-one training with Meg Stone, a distinguished strength and conditioning coach and two-time Olympian, who directs the Center of Excellence for Sport Science and the U.S. Olympic Training Site at ETSU.  Stone still holds the NCAA Division 1 national records in the shot put and the discus, and has coached several Olympic gold medalists.

The theme of this year’s Carolinas Classic was I Am Potential based on Jeremiah 1:5 “Before I formed you in the womb I knew you, before you were born I set you apart; I appointed you as a prophet to the nations.”  Daisy, we salute your faith, courage, and determination and are happy to play a part in your journey! 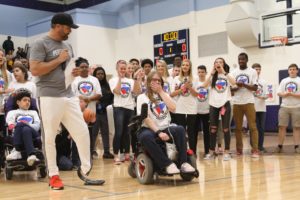 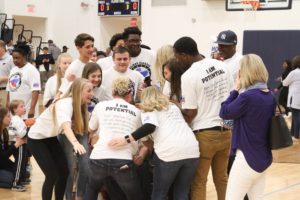