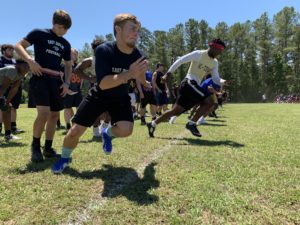 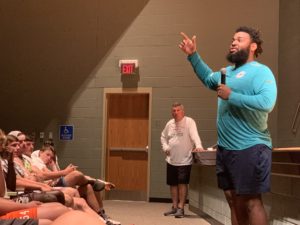 Focuses on life skills as well as football proficiency

WALLACE, N.C.—June 24, 2019 Over 900 youth athletes from across eastern North Carolina learned what it takes to be successful both on and off the playing field June 14 and 15 during the 4th Annual Jeremiah Castille Character Football Camp.  The camp was held at Wallace-Rose Hill High School in Teachey, North Carolina beginning at 8:30 each morning.

Attendees participated in drills and exercises aimed at building not only physical skills like strength and agility, but valuable character skills for life on and off the football field..

“To be a champion in life and in athletics, it takes hard work, teamwork, self-discipline and respect. These are valuable skills that extend far beyond the playing field. These are skills that build character, and character is a key determinant of success in life,” said Jeremiah Castille, the retired NFL great and former Alabama star, who now serves his alma mater as football team chaplain.

One of the core pillars of House of Raeford Farms FLOCK is youth development. That’s why the company has sponsored the camp since 2016, growing attendance year over year, from 450 youth athletes in its first year, to over 900 youth athletes and coaches who attended the 2019 camp.

“What Jeremiah and his team bring to our local youth is unlike what they’d learn at any other football camp. These young athletes get to learn from the players they aspire to be what true sportsmanship and character look like. The football is a bonus,” said Bob Johnson, CEO and Owner of House of Raeford. “What these kids are really learning about is who they are and what they’re capable of being.” 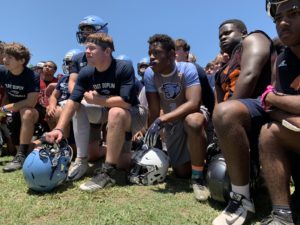 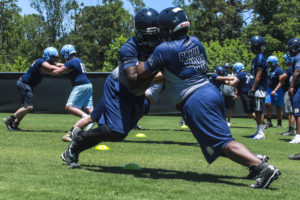